How to Run a Successful Kickstarter Campaign

How to Run a Successful Kickstarter Campaign

If you have an idea for a creative service or product but feel that the cost of getting it off the ground makes taking it to market an out-of-reach dream, this post is for you! You’ve probably heard of Kickstarter. If you haven’t tried it yet, maybe it’s because you don’t view it as a serious platform or maybe you’re just not confident in how to use it successfully. Whatever’s been holding you back, we came across an article on FourHourWorkWeek.com that is likely to change your mind. How to Raise $100,000 in 10 Days is more than just the story of how Soma was able to raise over $100,000 on Kickstarter…it’s a step by step guide you can follow to run your own successful campaign. These are a few additional points we feel are important to keep in mind that aren’t necessarily discussed in the article:

Backers will expect something for their money. Offer creatively economical rewards (get lots of ideas on the Kickstarter rewards page).

Keep it to 30 days or less. Longer campaigns tend to lose focus and momentum.

This should be the minimum amount necessary to execute your project, plus around 10% for Kickstarter fees and maybe the amount to cover awards. A small check is better than nothing and it’s possible to raise funds beyond your goal, but an over-bloated estimate could set your project up for failure, leaving you empty handed. Consider running several smaller campaigns for different benchmarks. Start with your basic flavor to get things started, then run another campaign when you’re ready to add the next flavor, etc.

Kickstarter says that 79% of projects that raised more than 20% of their goal were successfully funded. Contact your network before your Kickstarter campaign is launched, and try to get a commitment of 20-30% of your funding goal prior to launching. Most backers aren’t anxious to jump on board a completely unfunded project, so you want your shoe-in backers to be ready to contribute right when you launch.

Kickstarter claims that those without one have a lower success rate. Yes, there are some amazing videos out there, but you really don’t need a professional videographer, backers obviously understand that you’re running a campaign because you don’t have an excess of funds. They just want to hear what you have to say and have a face to relate to. Keep it under 5 minutes to hold the viewer’s attention.

Write and distribute a brief, simple, easy to read piece to be released after the launch of your Kickstarter campaign. Focus on news sources with digital content and blogs and don’t dismiss smaller channels that can drive local support.

We hope you find these tips and How to Raise $100,000 in 10 Days as valuable as we do, but if, after discovering the complexity of a successful Kickstarter campaign, you are feeling even more overwhelmed, give us a call: 303-218-5287. We can help you set up, market and manage your campaign or just help simplify things so you can get started.

How to Keep Blogging 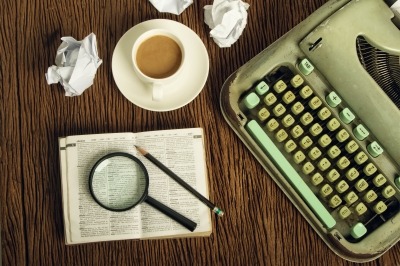