Why Ignoring the Oh, So Frequent WordPress Update is Detrimental to Us All

Why Ignoring the Oh, So Frequent WordPress Update is Detrimental to Us All

You probably didn’t think twice about protecting your brand new WordPress site by installing the first WordPress update…and the second…and maybe the third. But, once you realized a new update would be released nearly every week, it may have become easier to shrug them off. This is a common, but dangerous response. Before rolling your eyes at yet another update, try to keep in mind that, in addition to keeping your site’s security as up to date as possible, the frequency of updates is a result of WordPress’s attempt to release small changes, bit by bit, in order to help you and your users ease into things rather than being faced with extreme, abrupt changes all at once.
Some WordPress updates may seem trivial, but it is a good idea to get in the habit of installing them as they are released. Here are a few major reasons why skipping updates could affect your website and your users.

• Many updates involve the security of your website; they may include features that prevent hackers from accessing your site. Since hackers are continuously looking for new ways to break in, it only makes sense that WordPress should do what they can to protect their clients’ sites. But, their efforts are useless until you take the step to run the update. Remember, it’s much quicker, easier and cheaper to install a preventative update than it is to recover a site that’s been hacked.
• You may or may not be aware of the bug fix report released with every WordPress or plugin update. This report may seem harmless or even helpful to you, but in the hands of a hacker, it can become a guide to your vulnerabilities. In addition to the bug fix report, all they need to know is to know what version you’re currently running in – information that’s often easily found in your site’s source code.

Update for the sake of your users:

• The security of your website directly affects the security of your users, as a hacked website can be used as a gateway to any device your website is reached by. If you do not stay current with security updates, you are not doing everything you can to provide a safe web environment for your users. If someone were to have sensitive information stolen by a hack that could be traced back to your site, it would not soon be forgotten and your reputation would be at risk.
• We all know that a website that is not user-friendly is likely to turn off visitors and discourage them from returning. A negative user experience can translate into an overall negative opinion of your company. By skipping an update, you may be depriving your users of improved features intended to make WordPress easier to use. Skipping several updates in order to install them all at once could result in problems with your site’s functionality.

Take these points into consideration with the next WordPress update and try to think of it as a preservation of the time and money you’ve invested in your website, as well as a courtesy to your users. If you have any questions or concerns about updates, plugins, security or the current state of your WordPress site, we’re here to help.

How Long Should a Blog Article Be and How Often Should I Post? 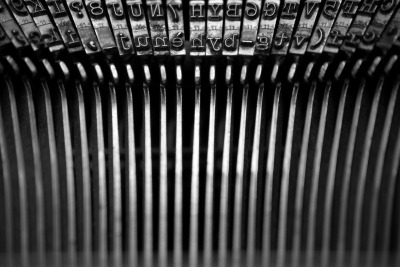